Abortion: a Woman’s Right to Choose: The Case for Law Repeal 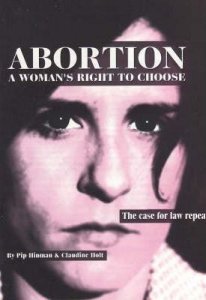 By Pip Hinman and Claudine Holt

A woman’s freedom to choose to have an abortion is a fundamental precondition to having control over her own life. But in Australia (and almost all other countries) women are denied the right to choose by provisions of the criminal code. Only in the ACT have these laws been repealed. Pip Hinman and Claudine Holt argue strongly that women cannot rely on liberal interpretations of these reactionary laws but rather should fight for their complete repeal. They counter many of the most common myths about abortion peddled by the grossly misnamed ‘right-to-life’ forces. The authors contend that only by building a strong mass campaign can women defeat the right-wing anti-choice push and win the basic democratic right to control their own bodies.