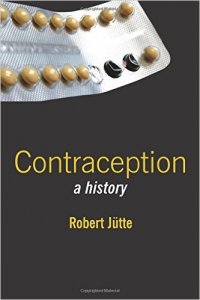 Birth control is not an invention of modern times, nor is it a purely personal matter. By the same token, mighty institutions such as church and state have exerted their influence as effectively as that of doctors, population theorists, and the early pioneers of the feminist movement; all of these claim a special expertise in matters of ethics and morality, and so shape the discourse on birth control.

The focal point of this engaging book by renowned historian, Robert Jütte, is the Europe of modern times. It also takes in its scope various cultural groups elsewhere in America, China, India and the near East, and world religions such as Christianity, Judaism and Islam. Demographic and political aspects of population studies are explored from the early middle ages to the present, as well as the population theories of Malthus. Jütte explains how our antecedents dealt with such things and how today’s technologies, the condom and coil for example, and our moral perceptions have evolved. In addition to the contraceptives we know and use today, Jütte considers other contraceptive practices as diverse as the persecution of witches, the castration of young boys to preserve their voices, the habits of prostitutes and their varied clients and the use of herbs and very peculiar talismans. This comprehensive survey of one of the oldest and most urgent problems of mankind builds up a rich picture of how, over the centuries, all manner of men and women, together and separately, have battled with the needs both for sexual gratification and for limitation of offspring, and also looks beyond to how contraception might evolve in the future.