There is a bomb in Gilead: Tale from an uncivil war 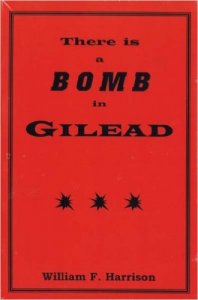 There is a Bomb in Gilead is the story of individuals and families in one small theatre of the uncivil war that Pro-Life religious fundamentalist militants have waged in the United States on women seeking safe and legal elective abortions, and against those who provide these services. It is set in the fictional town of Gilead just before Easter in the mid-1980’s. Against the background of President Reagan’s support for anti-abortion activities is set the tales of a beautiful young unwed mother of two, Mary Ann Mack, who is pregnant for the third time; of the God-intoxicated teenager, Joshua Tyler, his mother Elizabeth, and his father-the pious and self-assured Reverend John C. Calhoon Tyler. Their stories are intertwined with that of the town’s abortionist, Dr. Hobson, and the histories of some of the girls, women and families who seek his care.While it is set in the 1980’s, the lessons to be learned from its scenes are as timely as, and some of the scenes may be, tomorrow’s headlines. The late author, William F. Harrison MD, was an obstetrician/gynecologist and abortion provider.