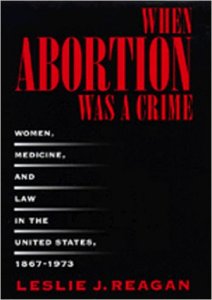 In this classic book, Reagan traces the practice and policing of abortion in America. While abortions have been typically portrayed as grim “back alley” operations, she finds that abortion providers often practiced openly and safely. Moreover, numerous physicians performed abortions, despite prohibitions by the state and the American Medical Association. Women often found cooperative practitioners, but prosecution, public humiliation, loss of privacy, and inferior medical care were a constant threat. Reagan’s analysis of previously untapped sources, including inquest records and trial transcripts, shows the fragility of patient rights and raises provocative questions about the relationship between medicine and law. With the right to abortion again under attack in the United States, this book offers vital lessons for every American concerned with health care, civil liberties, and personal and sexual freedom.